Liquid argon time projection chambers (LArTPCs) are a type of particle detector often used in neutrino experiments. To fully utilize the data collected from these detectors, we must reconstruct and identify particle paths through the detector as accurately as possible. To do that, the Neutrino Group at Tufts explores the use of deep convolutional neural networks to reconstruct particle interactions. More about the experiment can be seen here.

I had two broad projects in this experiment. The first was to prototype and test a neural net using a new centroid based loss function that would perform instance segmentation on the images collected by the LArTPC, and identify the particles in the interactions of interest. This involves seamlessy integrating the input/output of the net with the prior-existing framework of simulation data and other neural networks, to maintain consistency and to ensure that it is future-proofed for differences in detector simulations and data structure. The paper describing the loss function technique can be seen here.

The second project was to design and implement a method of compressing the images, as finding a way to compress the terabytes per second of data (saved to disk) produced by the detectors was important for cost and convenient analysis. To do this, we used a VQVAE (Vector Quantized Variational Autoencoder), a type of autoencoder, to learn a latent space, transform the images into vectors in the latent space using a learned encoder, and then reconstruct the vectors back into images using a learned decoder. The vectors in the latent space are much smaller than the images themselves, so storing the vectors and the learned VQVAE model can lead to much less used disk space in total.

To do this, I first designed and implemented a PyTorch dataset class that took full-size LArTPC images and tiled them into sizes that the VQVAE networks could accept, as well as stitched together the eventual reconstructed tiles. Then, I implemented the wrapper to train and use the VQVAE compression tool. In the end, depending on the core VQVAE architecture used, we could achieve up to an 80% reduction in file size compared to traditional JPEG compression methods. See below for images of the VQVAE reconstructions. 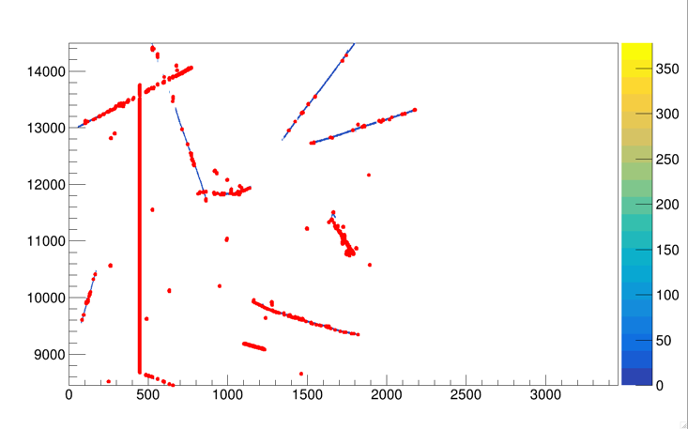 An example image of LArtPC output, with interactions highlighted. 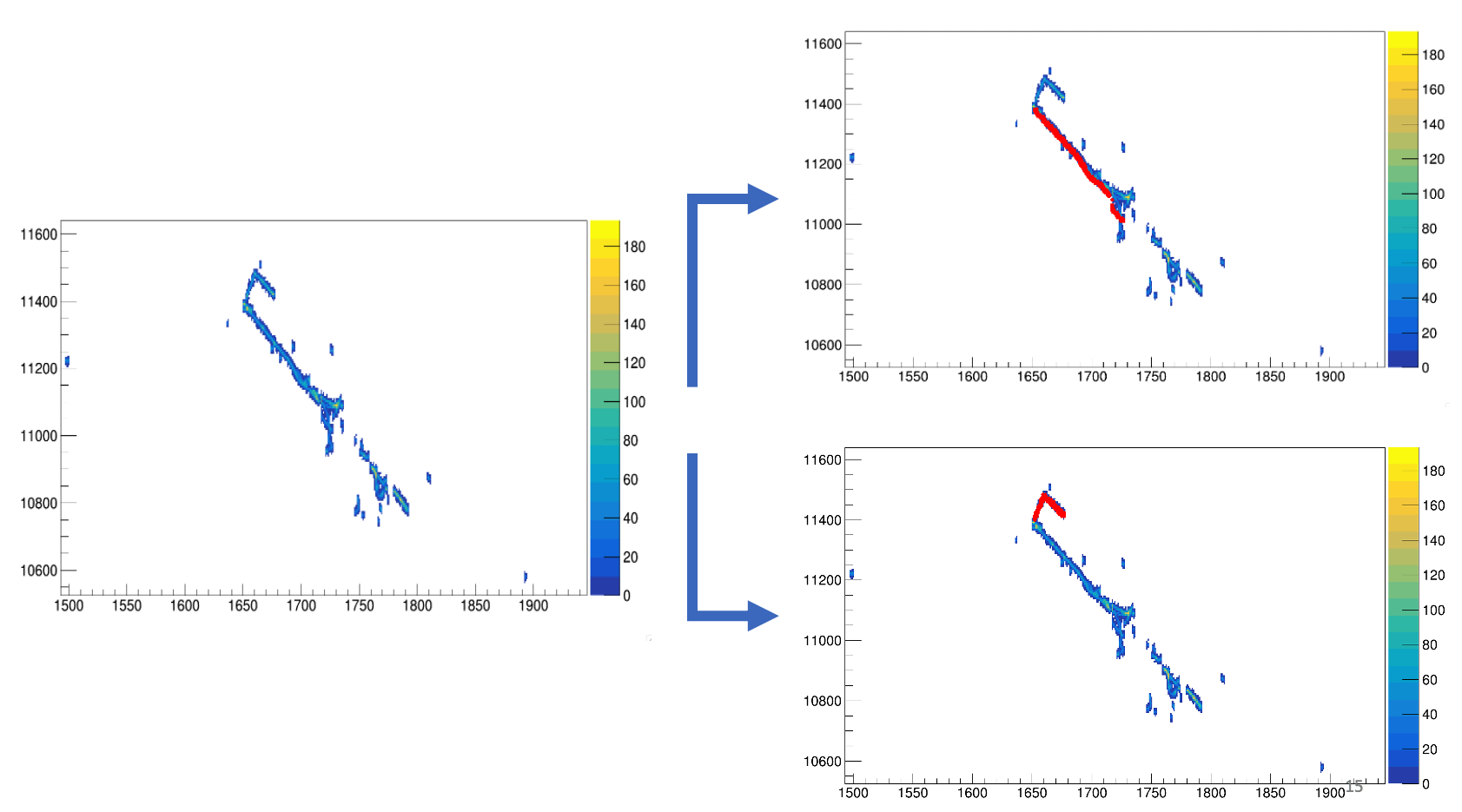 The goal of instance segmentation in our project. Note the shower is missing from the highlight, a problem with the labeling upstream.

An example of tiles compressed and reconstructed using the VQVAE. Top is the original images, bottom is the reconstructed.